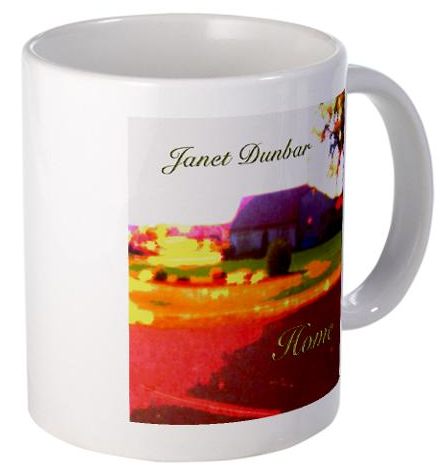 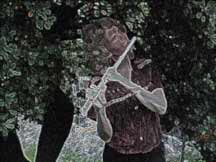 The New Elegant Simplicity:
In Defense of My Music

Why is it that just about everyone recognizes, remembers and likes the Ode to Joy theme from Beethoven's ninth symphony? Even people who almost never listen to classical music feel a strong attraction to the tune. Thankfully Beethoven wasn't all over himself trying to impress people with the complexity of the theory behind his music. He recognized the importance of utilizing melodies his audience could remember and enjoy. For some time now, academics and critics have derided memorable melody and tonal music, calling them simple tunes and pretty music. Even some performers have jumped on the bandwagon and closed their minds to any modern music that is melodic and tonal, opting instead for the wide choice of encyclopedias of extended techniques and dry musical manifestations of pedantic theoretical constructs.

Beautiful sound attracts listeners, while memorable melody appeals to their passions. Organization in music should deepen that emotional impact through the careful control of tension and release. Theory and showmanship, while playing a part, can never be the be all and end all of artistic achievement. Some elitist composers at many of our academic institutions write music only for each other and the small group of performers who follow them. Consideration for making music that appeals to audiences has been kept alive in popular music. Modern classical composition has been in the doldrums for quite sometime; it is therefore ripe for a renaissance. Indeed it is amazing that what has passed for classical composition since the 1920s has had any audience whatsoever. However, there is never a shortage of performers trying to ace each other out with how fast or how adept they are at dashing off some extended technique. Such gimmicks have a place in music, but when employed solely to show off the composer's or the performer's technique, they degenerate into exercises in narcissistic ego gratification. Many composers have lost the ability to empathize with audiences; instead they eschew the very elements that audiences have always enjoyed. Is it any wonder that many of the people who still enjoy classical music today believe that there simply aren't any good living composers?

While other aspects of music might be important, the most crucial is the melodic content. By avoiding melody or making it too complex, unattractive, or annoyingly repetitive for the average listener, modern classical music has alienated its audience. I don't think that was the intention of all involved but it was probably the intention of some to subvert classical music so that no one would like it. Our job is to bring classical music back from the stone ages of twelve tone, atonality, serialism, misuse of technology for its own sake and mindless minimalism. In short we need to bring back a more musical taste. This is why I am compelled to realize my musical vision.

To fill the void in modern classical music, I have developed a style called The New Elegant Simplicity. Characteristics of the style include the following:

Straightforward tonality that avoids the abuse of dissonance

Granted that dissonance in the right places can add poignancy and variety to the harmony, dissonance for its own sake leaves audiences dying to flee the scene as soon as possible. It was never meant to be this overdone.

Countermelodies that are enjoyable to play and to hear, rivaling principal melodies in their appeal

A countermelody should be secondary to the principal melody, but attractive in its own right. While countermelodies can add interest, they should support the main melody. Good counterpoint provides a sense of propulsion to the music.

Exciting rhythm is felt in the body, heart and mind. The organization of contrasting rhythms in a piece has a profound effect on the listener. Some combinations of rhythms are catchy in and of themselves, aside from any melodic content.

Elements of both repetition and surprise

Repetition provides unity but, when employed too frequently, it can reach the point of annoyance. No repetition whatsoever denies the listener of the satisfaction in recognizing repetitions and therefore contrasts. When overwhelmed by seemingly random information, the mind tends to shut down. Predictability in music is most useful when the outcome is not totally predictable: sometimes things happen as expected; sometimes they don't. The audience is prompted to listen more attentively.

The cold intellectual approach to music has provided handy excuses for composers and performers alike. Whether the content is unmusical, or there is too much repetition of the same darned thing over and over, the poor craftsmanship of the composition loses audiences. Performers don't have to worry about making the music sound good; nobody would notice the difference anyway.

Contrasts of dynamics, texture and timbre

The listener's attention is greatest when there are changes in sound, not when the sound remains essentially the same or is constantly changing in a non-artistic way. For this reason, varying dynamics, texture and timbre is exceedingly important. The symphony orchestra, capable of such a broad dynamic range and so many tonal and textural combinations, is one of the best vehicles for engaging audiences.

Mastery of tension and release in formal design.

Many of the factors already discussed influence tension and release in formal design. Such items as build up of sound and rhythmic and contrapuntal activity lead to an increase in tension. If these elements occur ubiquitously in the design without let up, the required build up of tension will not occur. Tension needs someplace to buildup from.